A certain amount of debate continues to rage — “rage” might be too strong a word — over whether the impossible alibi qualifies as a true impossible crime.  I suggest that, should it eventually be inducted into future Locked Room Murders supplements, we do so on a ‘one out, one in’ policy and retire the “death by unknown means” to make space.

In 2020, a full century after the baptising of GAD through the publication of The Mysterious Affair at Styles (1920) by Agatha Christie and The Cask (er, 1920) by Freeman Wills Crofts setting out the blueprint for a new type of detective story, can we finally admit that “death by unknown means” is a bit shit?  If you give me a body with no marks upon it — no bruising, no scars, no bleeding gums, etc — it’s been done either by poison or by electrocution.  Sometimes the poison is in a capsule, or smeared on a paintbrush, or put on nail-clippers so that an inveterate nail-biter introduced it to their system that way…but it’s still poison, and it’s obviously going to be poison, probably just one that the inevitably jocular and/or irascible medical examiner will fail to find because of a certain test being unavailable, or because the compound is organic and so was broken down by the body before examination.  ‘Unknown means’ is pushing it, and I’m tired of that as a lazy sweep for the impossible crime.

This — the “mysterious” death of six attendees of a séance, without a mark on them would you believe — is enlivened in The Darker Arts (2019) by Oscar de Muriel only by the additional considerations of the crime.  Firstly, that the medium herself did not also die, and secondly that she claims to have seen a manifestation of “the hand of the Devil” coming to kill everyone whilst she was conducting proceedings.  The first point is easily resolved, but the second at least has some points of interest — even if the answer does sort of come out of nowhere and requires the author to put in a “No, really, you can look it up online” disclaimer/afterword to make up for the disappointing slap of the revelation hitting the cobblestones of late 19th-century Edinburgh at the end.

I’ve been keeping an eye on de Muriel since reading his debut The Strings of Murder (2015), which had another disappointing locked room murder but a fascinating idea about how a supposedly demonic violin could have driven men mad down the years.  His detective duo of Adolphus ‘Nine-Nails’ McGray and Ian ‘Percival’ Frey were really just an odd couple partnering of the type that the great Roger Ebert would have dismissed as a “wunza” — wunza a hot-headed Scot, wunza by-the-book Englishman — but de Muriel’s willingness and adroitness when it came to stirring in a sniff of brimstone with his gloomy Edinburgh milieu was worth noting and returning to if anything of interest presented itself in his work.  This sounded like a good chance to revisit and see how things had progressed, and so here we are. 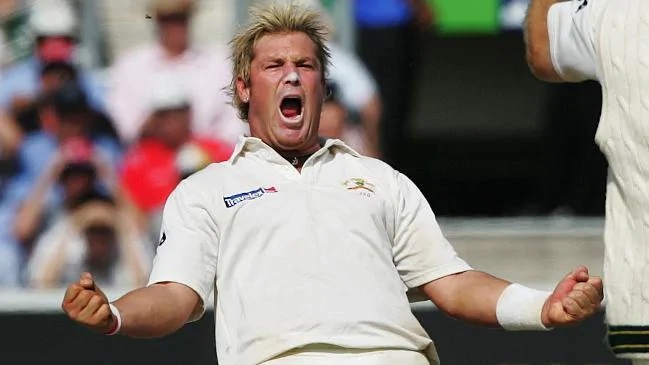 The first thing to get around is the structuring of the narrative.  We start with an excerpt from the trial following the murder of McGray’s parents by his sister Pansy six years previously — an attack he tried to stop, resulting in a severed finger and his nickname — which is mainly included to show that this aspect of McGray’s character is going to be drawn out for as long as the series can possibly support.  It was brought up in Book 1, it’s still rolling here in Book 5…let’s not expect it to resolve any time soon.  Jump forward a week or two, and McGray meets psychic Madame Katerina for the first time.  Jump forward six years, and we get a prologue in which Madame Katerina is about to lead a séance where all six people, we know, are going to die.  A lot of time is spent outlining the frustrations and difficulties that exist within this group, which is great, because we know they’re all about the exit stage left and we’ll doubtless get told all about these difficulties in due course.

A newspaper article about the deaths represents the actual start of the plot, but then we cut to Frey in England and McGray arriving to ask for his help in proving Madame Katerina’s innocence, showing the cutting as a convincer.  What’s weird about this is that the final line of that chapter — “However, even before I could crumple it, the headline’s obnoxiously wide lettering caught my full attention” — makes it the perfect place to the include the newspaper article, so that we get the details with Frey (especially as he’s the first-person narrator for the majority of the book).  It would have been delayed by a single chapter, so it’s not as if there’d be accusations of holding out on the reader, and it fits so much more neatly into this part of the, er, narrative.  Editorially, this entire opening section is a mess, and whoever structured it like this needs to attend a training course on the finer points of editing.

Finally we return to Scotland, and de Muriel, now at last able to concentrate on writing his plot, cuts loose with some of the wonderful descriptive prose about Edinburgh which is honestly one of the highlights of this book for me:

The thickset castle, atop its craggy mount, made me think of a chubby old man in brown, sooty tweed, lounging in an armchair and smoking a pipe as he watched the ages go by.

It’s 1889, and de Muriel is very good at not beating you over the head with How Very 1889 It Is.  Sure, Frey gets a bit high-horsey at times on behalf of his unknown, 130-year later, audience (“I could not believe that such rampant ignorance still existed in our times” — calm down, Percy) but I will not deny de Muriel’s lightness of touch in dealing with history and his setting.  Even little touches that might not be true — such as the requirement that a delay of three Sundays after sentencing be observed before a person is hanged — I’m willing to believe because of how rich and firm his setting and use of the era is elsewhere.

Plot-wise, though, we’re still a bit adrift.  It takes frickin’ ages before the precise setup of the crime scene is understood.  Yes, the doors were all locked and the servants had been dismissed, but there’s a good chance someone might have had some keys.  Okay, shall we go and find that out?  Nah, let’s have an awkward dinner at your club where I can embarrass you by being uncouth.  Sure, de Muriel might not be seeing to play up his seemingly impossible murders, but it’s so casually structured that you’re a ways through the book before you really have any idea of how the problem presents itself — and that’s never a good sign.  Yes, I know the police were a bit more casual back then, but John Dickson Carr’s Fire, Burn (1957) managed to set up an historically-accurate lackadaisical police force while also giving the reader a clear idea of what happened very quickly.  It can, and should, be done.

In the end, our pathologist finds “nothing that might suggest the cause of death; no obvious signs of poisoning, no fatal wounds” and since he “cannot think of anything terrible enough to kill an eighty year-old man, his young step-granddaughter and a sturdy military man, all without leaving clear marks” we’re forced to wait probably until three chapters before the end for the poisoning to be discovered (there’s no electricity — candles were burning in the room to light it — so we can rule out electrocution).  And then at about the quarter-way point we catch up with the man who discovered the bodies and finally get a sense of what unfolded.

“Did you find [the house] locked?”

“But only you and your masters had the keys”

Holt gulped at this, and only managed to nod.

Madame Katerina ends up on trial, Frey and McGray spend time respectively confronting the possibility of her guilt (“…this sounds as ridiculous as that drunken farmer who swore he was possessed by the Devil when his wife found him frolicking with the milkmaid”) and refusing to entertain the possibility because a woman who has confessed to cold reading and lying to her clients made a rough guess at something McGray links with the murder of his parents.  This goes on for some time, with an increasing frequency of sentences such as “McGray was mad with rage”, before Frey literally stumbles upon the answer and we get a big “rush to save a life” scene which is written like something out of a movie, complete with ‘cut-away’ shots to events occurring simultaneously with his flight that our first-person narrator could not know but which presumably adds to the tension (at the expense of taking you out of the narrative, being as it’s been told in the first person for 400 pages by this point).

The solutions, as I’ve mentioned above, are…fine.  The manifestation of the Devil’s hand is a principle I was familiar with from something in my youth, and its actually a pretty smart utilisation here, even if you’ve gotta call it rather lucky that the effect produced is…well, interpreted in that way.  It definitely sits within the superstitious dread that de Muriel’s Edinburgh thrives in, but it also feels a little like a waste of a neat idea in an unpromising way in a bland book.  Since we’re not really detecting in this narrative, it’s also a shame that the answer has to be dropped out of nowhere and that we’re essentially told to look it up online in order to convince us…but whatcha gonna do?

On these two books, I can’t say I’ll rush back to de Muriel any time soon, but I can believe that readers who like his work really like it.  What he writes is just odd enough to catch the eye of anyone who’s bored of the same old grimdark cliches in their historical crime fiction, and as fast reads with no rigour their probably about the best work being done in the subgenre today.  That’s a bit of a back-handed compliment, I know, but I can honestly see some people really going for this.  So maybe start elsewhere if you think one of his plots sounds up your alley — those of us looking for something more classical and plot-driven, however, need not apply.

Even on my brief sampling, it would appear that 2019 was not a vintage year for the traditionally-published impossible crime; here’s hoping it ups its game in 2020.  Next up from me, some more Adventures in Self-Publishing on Tuesday — with a similarly Scottish flavour…

The Direction of Murder (2020) by John Nightingale