This month of Tuesday posts picking through the more neglected corners of my TBR has now become the GAD equivalent of a bride’s wedding outfit: something dull, something shitty, something loopy, and finally something witty.

END_OF_DOCUMENT_TOKEN_TO_BE_REPLACED 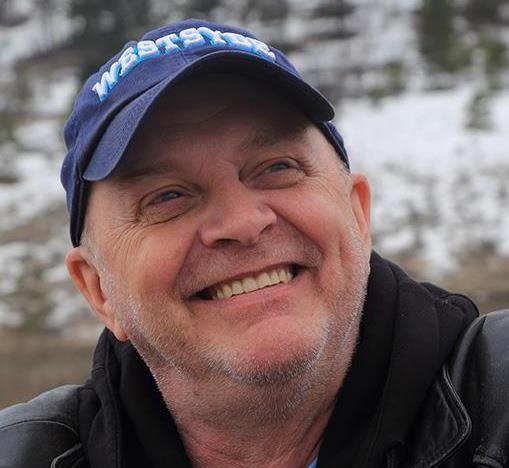 Today I am due to suggest a book for the Reprint of the Year awards organised by Kate at CrossExaminingCrime.  However, the sudden death of fellow blogger Noah Stewart earlier this week is somewhat forefront in my mind and I wish to remember him.

END_OF_DOCUMENT_TOKEN_TO_BE_REPLACED 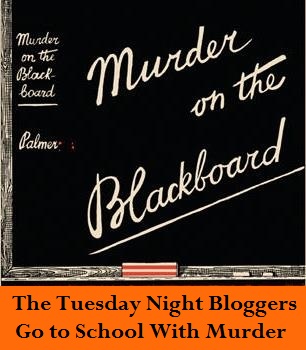 Okay, so I’m going to do my best to stay on-task today; none of these wild flights of fancy.  A discussion of Golden Age academic mystery and nothing more.  And since I already have my post sorted for next Tuesday, and that’s the final week in June, it has to be now that I engage in some discussion about Edmund Crispin and the irrepressible Gervase Fen. END_OF_DOCUMENT_TOKEN_TO_BE_REPLACED

If you’re anything like me, well, firstly my condolences, but also you have a list of books not printed any time in the last few decades that you spend hours scouring secondhand bookshops, book fairs, online auction sites, and other people’s houses in the hope of finding.  A lot of them – in my case, say, The Stingaree Murders by W. Shepard Pleasants – are rather obscure and so their lack of availability is understandable, but in other cases it just seems…baffling.

END_OF_DOCUMENT_TOKEN_TO_BE_REPLACED

Following an accident at home last week, I had surgery on my hand earlier this week and am now facing a month with my dominant hand in a splint to help repair the damage.  Since one-handed typing requires more patience than I possess, and since The Invisible Event has come to account for about 80% of the time I spend at my computer these days, I’m going to regretfully withdraw from blogging for at least that month in order to preserve my sanity.

I am particularly frustrated by this, but see no feasible alternative.  My intended Tuesday Night Bloggers posts on Carr will probably just see the light as random posts here, and I shall lurk around everybody else’s sites and chip in with the odd short comment here and there no doubt, but please consider all action here on TIE suspended until further notice.

You will, I’m sure, cope admirably in these trying circumstances.

Orion’s digital crime arm The Murder Room will apparently be ceasing operations in the near future, meaning to those of us in the UK the loss of  high-quality e-books from classic Golden Age authors like Anthony Boucher, Pamela Branch, John Dickson Carr, J.J. Connington, Stanley Ellin, Erle Stanley Gardner, Geoffrey Household, Ronald Knox, John D. Macdonald, Helen McCloy, and E. L. White, and more contemporary fare such as Charles Willeford and many others.

They have excelled in the high standards of their output, the range of authors they promoted, the fact that they made these books available to the widest possible market, and their commitment to the Golden Age long before it was fashionable again.  Goddammit, this has really spoiled my day.

A quick word from me before the festive craziness starts to wish a very happy, safe, peaceful, and relaxing Christmas to you all.  Many thanks for dropping by and getting involved in the few months The Invisible Event has been running – it’s been an absolute joy, and I feel immensely privileged to have had the discussion I’ve had with such passionate, knowledgeable, entertaining, and discerning people as yourselves.

Long may we continue! 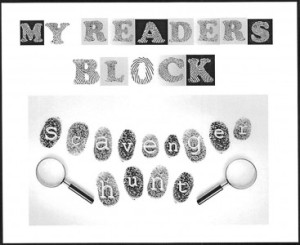 You’re doubtless aware of the Vintage Mystery Bingo challenges offered by Bev Hankins over at My Reader’s Block, and with a full twelve months of blogging ahead of me in 2016 I’m declaring my entry into the latest of these, Vintage Mystery Cover Bingo.  I’ll allow Bev herself to explain:

Your mission, should you choose to accept it, will be to find as many objects on the scavenger hunt list as possible on the covers of the mystery books you read. As has been the case for Vintage Bingo you may play along in either the Golden or Silver Mystery Eras (or, for the more adventurous, both).

Being rather more of a Golden Age fan I’ll be doing the Golden Mystery era, though at my current rate of one review a week and a liberal helping of out-of-era locked room mysteries it remains to be seen how successful I shall be!

Nevertheless, I look forward to joining the ranks of Vintage Mystery Scavengers; it’s a great idea, and if anyone else fancies getting involved you have until the end of the year to sign up at Bev’s site.

I don’t really do news, but am very excited to learn that one of the forthcoming titles the British Library will be including in its increasingly excellent Crime Classics collection is Anthony Wynne’s 1931 impossible crime novel Murder of a Lady (a.k.a. The Silver Scale Mystery).  It’s a locked room of some repute, and has been preposterously hard to find for many a year now – I’ve not read it myself, and so am doubly excited that it’s being brought back.  Everyone’s favourite rainforest-named internet retailer has the following synopsis:

Duchlan Castle is a gloomy, forbidding place in the Scottish Highlands. Late one night the body of Mary Gregor, sister of the laird of Duchlan, is found in the castle. She has been stabbed to death in her bedroom – but the room is locked from within and the windows are barred. The only tiny clue to the culprit is a silver fish’s scale, left on the floor next to Mary’s body.  Inspector Dundas is dispatched to Duchlan to investigate the case. The Gregor family and their servants are quick – perhaps too quick – to explain that Mary was a kind and charitable woman. Dundas uncovers a more complex truth, and the cruel character of the dead woman continues to pervade the house after her death. Soon further deaths, equally impossible, occur, and the atmosphere grows ever darker. Superstitious locals believe that fish creatures from the nearby waters are responsible; but luckily for Inspector Dundas, the gifted amateur sleuth Eustace Hailey is on the scene, and unravels a more logical solution to this most fiendish of plots.Anthony Wynne wrote some of the best locked-room mysteries from the golden age of British crime fiction.This cunningly plotted novel – one of Wynne’s finest – has never been reprinted since 1931, and is long overdue for rediscovery.

This is the first locked room/imposible crime that the British Library have republished, so here’s hoping it’s a sign of more to come as the series grows in popularity.  Series editor and current Crime Writers’ Association president Martin Edwards will doubtless have more to say about this on his blog, so keep an eye on that for further information.

Crime blogger Kate Jackson – whose fantastic work over at Cross-Examining Crime puts my own pale attempts at getting my thoughts online to shame – reviewed Kel Richards’ The Corpse in the Cellar a little while ago, which was serendipitous at the time because literally two or three days before I’d seen it in my local Waterstones.  The bland and slightly innocent-looking cover – intentionally or otherwise calling to mind the recent and deservedly successful British Library Crime Classics – and its billing as ‘A 1930s Murder Mystery’ got me excited for another resuscitated classic and forgotten author whose work was enjoying a reprint for the first time in 80 years on the back of the revival of interest in our beloved Golden Age.  Except that, upon inspection, Richards turns out to be a contemporary novelist and the book was in fact originally published earlier this year.