God, this was tedious.

Gentleman of indeterminate means an occupation Philip Tolefree — I don’t think I learned his first name until the very end of the book — is approached by two separate people who happen to have overlapping problems: an unidentified corpse in a London hotel who received one visitor (who various witness testimonies have as bearded, clean-shaven, and moustachioed) on the night he arrived and was found poisoned in the morning. Then, someone else is trying to find travel writer and possibly-perhaps-maybe something more Peter Palliser who has vanished on the very same night this corpse appeared.

The first quarter of the book is people telling each other this information over and over, and then Palliser turns up at the halfway point and a lot of elliptical dialogue is exchanged. Someone gets shot at, people run into the woods in pursuit of the shooter, more elliptical dialogue changes hands, and I lost the ability to care. It probably turns out to be one of those ‘international gangs’ stories, but nothing in the first half made me want to find out.

Well, okay, not nothing. There is a highly amusing Canon (“a huge man of forty with a thick thatch of dark hair and blue eyes twinkling out of a weather-beaten face”) who is tickled to bits to find himself consulted about his involvement on the fringes (“Can I tell my sister?” is all he wants to know when Tolefree first takes leave of him) and provides perhaps the one piece of enjoyment I found in the 100-some pages I managed. And, in fairness, on the few occasions Tolefree gets down to actual investigating, one or two good ideas do crop up (being able to establish for instance, the station at which a particular person boarded a train — that’s rather neat), but that and a few entertaining lines…

“If you dissected a newspaper editor, you’d find he had every organ of the normal human body except a heart. He’s got a large muscle distorted into the shape of a Query where his heart ought to be.”

…don’t add up to an interesting read. It is quite staggeringly pedestrian, with the central puzzle doubtless interesting in conception — I love an unidentified corpse, and can recommend some far better books revolving around them — but robbed of much intrigue on account of all the talking and talking and talking everyone does. It’s so blithely unconcerned with progressing its scheme more than half an inch at a time, and even then it wishes to go back and really examine that half an inch so you’re aware of what just happened. I’ve had enough repetition for one lifetime this week, thank-you, and I doubt this had a sufficiently exciting payoff to make it worthwhile.

Additionally, when it does seek to progress its story, it does so by simply baffling means. Palliser is known to have taken a train to a town out west, so Tolefree heads there. Palliser is also known to have links with a businessman, Frank Greene, who runs the water works in an adjacent town. Tolefree heads there. In this town, Tolefree gets talking to a pub landlord who mentions the water works and Tolefree says “Is that Mr. Greene’s company?” and the alndlord, who is apparently hiding Palliser — who is in turn in fear for his life from that gang I fully admit I’ve speculated into existence — panics, disappears from the bar for 20 minutes to warn Palliser that Someone Is On His Tail, and Palliser runs out of the pub and jumps on a bus to somewhere else.

And proves to be absurdly easy to follow, as it happens. Clearly whoever is after him isn’t that much of a threat, so why would you want to read more about them?

This was, apparently, Walling’s ante-penultimate book in a two decade career that saw him produce nearly 30 novels, and so, while we’re not quite in the Miles Burton/John Rhode degree of huffing the fumes of inspiration, I must give him the benefit of the doubt that he produced better elsewhere. Here, alas, he just seems to be trying a pale form of mimesis, mindful of what others have done elsewhere to great success and yet unable to recognise the ingredients that make such stories appealing fare. This is servile stuff, and unworthy of the time and attention of anyone who wishes to get something enjoyable out of the Golden Age.

Apologies for writing only half a review, but since I read only half the book, and since it’s about half as good as anything I’ve read in a long time, that’s all it deserves.

Over at The Grandest Game in the World, Nick has put together a precis of Walling’s career that implies he was better earlier and may have done some very good work. I’m inclined to believe this, because the alternative is that I find myself in agreement with Bill Pronzini and that…can’t be right. 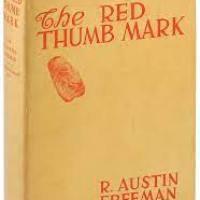 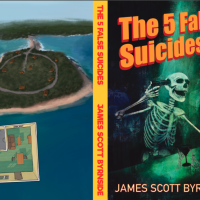 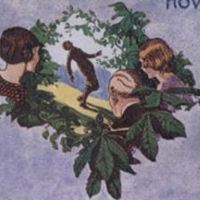