It’s been nearly four years since I last read one of Tanya Landman’s bullet-fast murder mysteries featuring junior sleuths Poppy Fields and her friend Graham, so here are the next two in the series.

First, or fifth, is a visit to a private zoo in The Scent of Blood (2010), with the stately home of Farleigh Manor having been turned into an animal park by its previous owner, whose son is now more interested in alternative therapies than animal welfare. When Poppy’s mum wins an all-expenses-paid break at the manor’s spa, with the chance for Poppy and Graham to go behind the scene and help with the animals, it’s only a matter of time before someone dies.

I mean, Graham and I had seen plenty of dead bodies before, but nothing quite as gruesome as that.

The first half here is spent establishing the Types who occupy and help run the zoo, from owner Anthony Monkton and his ultra-reliable secretary April to kids’ entertainer Zara who first appears dressed in a tiger outfit which sets Monkton screaming just as they discover a wall daubed with the legend ‘REMEMBER S.M.?’. Before too long the story comes tumbling out: a keeper with those initials died several years ago, and it seems somebody wants vengeance. Three people will die before the puzzle is complete.

What I like about Landman’s series is not just the propulsive, stripped down nature of her narratives, but also how effortlessly she slides in subtle shifts of atmosphere. When Poppy and Graham have cause to observe the group of keepers who will come under suspicion for the crimes — it was one of that tight-knit group who lost their life, after all — we’re told that “beneath the tight, polite conversation their eyes seemed bright and alert as if they were suppressing their excitement. Was it the result of that morning’s events? Or was something about to happen?”. “You could almost taste the fear hanging in the air” we’re told later on — Poppy having a child’s perspective on events, with Landman able to exploit that in order for the reader to give their own interpretations to events. That’s about as textbook mystery writing as it gets.

Some good reasoning applies throughout, too, such as the conviction that it is one of the keepers who is responsible, just as the series of overlapping alibis within the group “[slot] together like pieces of a jigsaw puzzle” and guarantee that none of them can be guilty. Naturally there must be a flaw, and it was pleasing to see my own pet theory exploded almost immediately (even if it does lead to some unanswered questions…) and a subtle nod to a genre mainstay thrown in for good measure. I did not suspect the answer that finally presents itself, and while you know the central pair are safe from mortal peril there’s nevertheless an element of anxiety about the closing stages that works all the better for how quickly we have gotten there. The refusal of these plots to hang around much beyond 100 pages is one of its chief appeals, and I’m all for this kind of fast, enjoyable plot, especially with a central pair who are so much fun to blast along with.

“In the USA, love triangles are number seven on the list of most common reasons for murder,” Graham informed me.

Certain Death (2010) brings us to the circus, which Poppy, with characteristic disdain, is quick to dismiss as “just a load of people in spangly leotards showing off”. When all the posters advertising the show appear to have been defaced so that the promised new act from acrobat Irena will see her facing “almost certain death”, however, that proves sufficient motivation for Poppy to put her misgivings to one side and investigate in person.

[T]he idea of a travelling community that kept itself separate from the rest of the world was fascinating. It would be great if you all got on with each other, but suppose you didn’t? How awful would it be to be stuck with someone you couldn’t stand? It wasn’t like you could get away from anybody, not really. You’d be living and working shoulder to shoulder with them all day, every day. How stressful would that be? What might it drive you to do?

…and before too long it becomes clear that not only is Brady Sparkle’s circus sort of shoddy and run down, with Irena and strongman Alonzo the star acts of the outfit, but there’s also plenty of ill feeling directed towards those two: Irena being something of a diva, and Alonzo having broken off his relationship with another performer to glide like a moth to Irena’s flame. Clearly it won’t be long until something happens, and Poppy and Graham happen to be on hand during the very first show — Case with Four Clowns (1939) by Leo Bruce could learn a lesson here — where, in the midst of Irena’s brand new act, a shot rings out…and death follows.

Cue the police who are, of course, baffled (“You’d think we’d have hundreds of witnesses to what happened. But no one seems to have seen a thing.”), spurring Poppy and Graham into action: listening in on conversations, engaging in some light breaking and entering (“There was nothing to suggest [anyone] was harbouring evil thoughts, but then what was I expecting? A to-do list with ‘Murder Irena’ scrawled at the top?”), and eventually stumbling to the truth via a second death and a pretty good stab at a misleading dying message given the audience this is aimed at.

This is certainly a busier book, and the better for it; rarely do events stand still and, while the adults among you are unlikely to fall for the central deception, I think the reasoning by which the answer is reached is actually pretty clever. I also love the casual disinterest shown in events ahead of time by the people Poppy speaks to (“Certain death, eh? Sounds exciting. Maybe I’ll take the kids.”), and I just can’t get enough of the lovely asides that keep getting thrown around by the central pair, like when they’re speculating on the real provenance of one of the performers, or this superb exchange:

“Crime passionel, they call it in France,” Graham informed me. “Their legal system is quite accommodating when it comes to acts of violence provoked by jealousy.”

Add to this a really rather dark motive for the central crime, and a resolution that’s sort of heartbreaking in a way — presenting very difficult themes starkly, without getting into matters of judgement or rightness — and you’ve got some interesting themes for younger minds to play around with in their own time.

What a lovely return this has been. I shall not leave it so long again before reading further.

The Poppy and Graham Mysteries by Tanya Landman 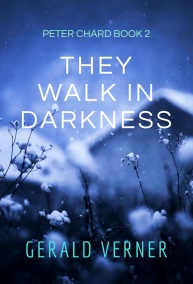 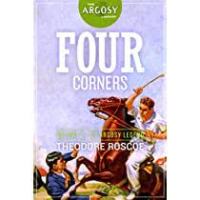 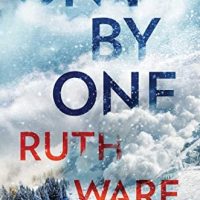 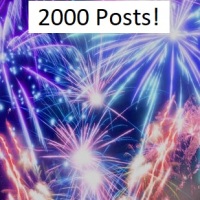 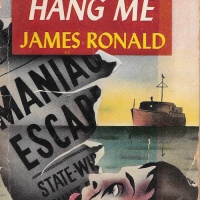 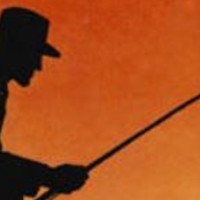 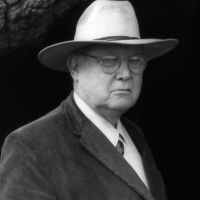 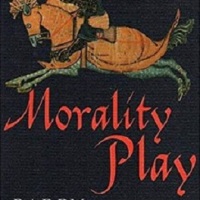 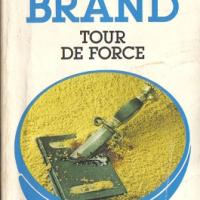 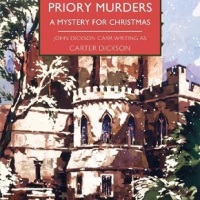