I’ll warn you now: even for me, this is niche.  Following a reorganisation of books at Invisible Event Towers I stumbled across my copy Harlan Coben’s Tell No One (2001), which I read while at university, and got thinking about it in light of my more recent adoption of GAD an impossible crimes.  And the above question struck me, but discussing it will require you, dear reader, to have done some rather specific reading…

Without explicitly spoiling anything — there will be no naming of killers, nor any involved explanation of impossibilities — I’m going to have to talk about one specific plotting tool in some classic impossible crime titles.  In order to reduce the scope for excluding people, I’ll keep the classics to two titles by one author — namely The Hollow Man, a.k.a. The Three Coffins (1935) and The Crooked Hinge (1938) by John Dickson Carr.  I pick these two firstly because they use the idea I want to highlight, but also because they’re popular titles most people who might take an interest in this are likely to’ve read.

This is a very considered choice.  Most of you are here for the classics, so while I don’t delight in revealing the workings of Coben’s plot below — seriously, spoilers ahead, I’ll warn you when they kick in — I prefer to retain the essential mystery of the older books ahead of that one.  The point I want to make requires specifics, however, and your reading of those two classics and Coben’s book will definitely be affected if you read the following without having read them.  That’s where the niche part comes in — if you’re one of the sixteen people on the internet who share my dual fascinations with classic-era impossible crime novels and early-2000s American domestic suspense thrillers…dude, today is your day. 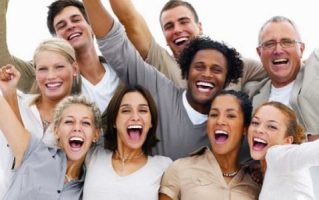 I will never, ever tire of this picture.

Tell No One is the story of David Beck and his wife Elizabeth, who are enjoying a weekend away at a secluded cabin when they are attacked.  Elizabeth is murdered, and David left for dead.  Eight years pass.  Then, out of the blue, David receives an email containing a link and instructions to click on it at a particular time on a particular day.  When he does, it opens on a live feed of mute security camera footage from a nondescript street…and Elizabeth is standing looking into the camera.  She says — well, it’s mute, so the mouths — “I’m sorry”, and then turns and walks out of shot…leaving David wondering whether his wife can in fact be alive, and, if she is, precisely why he’s been told in this way.

It’s a great hook, and a hugely enjoyable book.  It was the first Coben I picked up and I think I tore through it without blinking; he was one of a raft of contemporary American authors I got into around this time — him, Michael Connelly, Robert Crais, Jeffery Deaver, Linda Fairstein, Meg Gardiner, Dennis Lehane — and I remember it being an especially good time for series authors to be putting out superbly inventive standalone titles.  But now I want to look at it from an impossibility perspective, because while the tendency would perhaps be to dismiss it, I think — as implied above — that the master of the form actually set a precedent to allow this one in for consideration.

The impossibility clearly revolves around how Elizabeth can still be alive when her body was identified eight years ago — certain solutions for this are suggested in the novel itself, including the obvious scope for a lookalike (it is, after all, low quality footage; this is the early 2000s we’re talking about here, HD wasn’t a thing yet — and people called it living!) or even a computer-generated mock-up of her, suitably aged so that she would appear to still be alive.  It’s a minor point, and in no way central to my thesis, but this use of technology recalls many of the “radio murders” that bespattered the Golden Age as that technology emerged.

SPOILERS FOR THE ABOVE-MENTIONED BOOKS START HERE AND PROBABLY CONTINUE UNTIL THE END; HERE’S A PICTURE OF A TAN DOG SO YOU DON’T ACCIDENTALLY SEE ANYTHING YOU SHOULDN’T 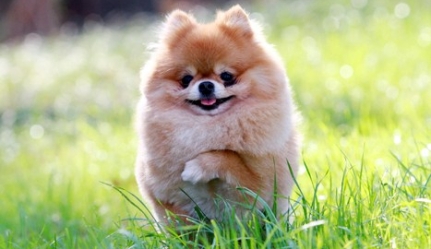 Okay, now — and with sincere apologies to Harlan Coben — we’ll have to get into spoiler territory to pick it apart.  Essentially, the trick works like this: Elizabeth is still alive, and the attack and her murder were staged by her father (who is the local chief of police, if memory serves) because…well, for complicated reasons some dangerous people were better off believing her dead.  Her father is able to use his position to rustle up a corpse (I am very sketchy on the precise workings of this) which he then falsely identified as that of his daughter (there was probably an exchange of medical records, too), and Elizabeth went into hiding.  It really is Elizabeth in the footage, and the reasons behind her re-emergence are equally complicated and not necessary for this discussion.

The essential trick can be boiled down to three words: false witness testimony.

“Well,” you may bluster, “…well, it’s not a true impossibility, then, not if you can’t rely on the veracity of information given.”  Except, and you may appreciate where I’m going with this now, Carr does this with both of the novels above, which are regarded as among the finest impossible crime novels ever written…and are only impossible crimes because at a key stage in the plot a character lies about who they see where and when.  Without these characters lying — imagine if they’d told the truth about what they saw, or who was present — the impossible aspect of these crimes vanishes as aptly as a killer locked in on all sides yet not in evidence when the door is smashed in.

In The Hollow Man, Charles Grimaud’s brother is only able to enter Grimaud’s study, shoot him, and vanish across freshly-fallen snow without leaving a footprint because it’s claimed he was in a place that he was not.  Or, if you will, because of false witness testimony.  Equally, the murder of the sitting Lord Farnleigh in The Crooked Hinge takes on impossible airs largely because someone lies about seeing his killer at a location nowhere near the site of his murder at the time the murder is taking place.  Note that there’s a clear difference here between some third party interceding on the killer’s behalf and the killer lying about their own whereabouts: countless impossible cases would go up in smoke if the guilty swine turned around at the key moment and went: “Well, of course I’ll tell you were I was when Michael was stabbed in the back in his locked and bolted study — I was in the study stabbing Michael in the back”.

So, my two-braces-shy-of-a-score brethren, what say you?  The simple dismissal that Tell No One may face on impossible grounds doesn’t seem quite so inevitable now, eh?  And I genuinely don’t know which side of the fence I fall on this — seriously, if I did would I be writing a post that only  14 of you can engage with?  Also, why am I asking so many questions in this paragraph?  And how do I stop?  Seriously, is this whole paragraph questions?  It is!  Oh, thank crikey for that…

Look, it’s not exactly a poser for the ages, but I’m interested in what anyone thinks if they get this far.  I’ve talked about the bounds of admission into impossible crime fiction before, but this aspect didn’t come up then, and I’d all but put Coben’s book out of my mind until I happened upon it in the Great Bookcase Recataloguing of ’18.  This will be either a staggeringly narrow discussion or a dauntingly wide one, but please bear in mind that revealing the specifics and mechanics of disputed impossible crimes is not the way to make friends: ‘ware spoilers… 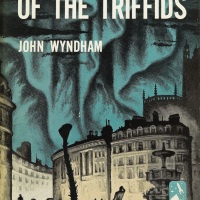 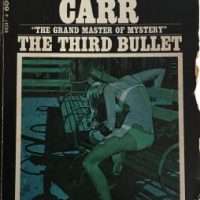 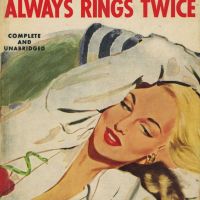