I recently acquired one of the only 175 extant editions produced by Crippen and Landru of the short story ‘The Problem of the Emperor’s Mushrooms’ by James Yaffe, itself originally published in Ellery Queen’s Mystery Magazine in 1945.  And in the same manner of reflection upon Paul Halter’s ‘The Yellow Book’ (2017) from a few weeks ago, I thought I’d have another look at a short story…though this time to suggest possible alternative explanations for the impossible poisoning contained therein.

Let it not go without saying that no spoilers follow and, as far as I’m aware, I have not simply lifted these solutions wholesale from elsewhere (which is not to say that they are in any way original, of course…merely that I’m ignorant).  I took the problem as it is phrased in this story and applied the years of research spent reading impossible crime tales to try and find other ways to answer the question posed. I’m aware that this makes it sounds like I’m trying to find ways to poison someone and this whole post now seems like a massive double bluff; wow, I sure hope no-one in my immediate circle dies of a suspicious poisoning any time soon…

Paul Dawn, the only member of the Homicide Squad’s Department of Impossible Crimes, listens to Professor Bottle’s historical account of the murder of the Roman Emperor Claudius — and the impossible angle to his demise. A poison was administered in his favorite dish of mushrooms that didn’t affect the Emperor’s food-taster, but threw him in a violent convulsion. I reveled at the double layered structure of the story, that runs for only 14 pages, and James Yaffe, who was only sixteen at the time he wrote it, should be commended for it. A thoroughly enjoyable and sagacious story!

I agree completely with the above, it’s huge fun and very cleverly structured, but let’s get down to it: the food-taster tastes the food, Claudius always waits an hour to see if he shows signs of poisoning and, of not, then consumes the food himself.  So, howdunnit?

Well, since you ask, some suggestions…

We are told two important things for this solution to be possible: first that the mushrooms are the Emperor’s favourite dish, and second that a food-taster would routinely take “small portions” of each dish to sample.  Would it not be possible, then, for the dish on which they are served to have been coated with a thin layer of poison and for the taster to take a slice of mushroom from the side uppermost, i.e. not laying on the dish itself and so not in contact with the poison?  Being so fond of the dish, the Emperor is all but guaranteed to eat everything that remains, likely moving the mushrooms around the plate as he does to increase their contact with the poison spread thereon.

Here’s your half method: a slight variation on the above could see the poison spread on a lid if any were placed over the food for the hour Claudius waited.  Steam rising from the cooked dish would condense into water on the inside of the lid, washing off a little poison, and then drip down onto the food itself.

In this way, that hour’s delay between the food-taster and the Emperor eating the same food becomes more significant, but it’s more of a wrinkle than a distinct method in itself.

That may be too risky, though, so consider the following.  Rigorous research reveals that the civilisations of this period possibly didn’t use cutlery, otherwise poison on a knife or fork would equally work (assuming, of course, that the Emperor didn’t also use the same dining implements as his taster).  But bread was used to wipe the fingers on in the manner of a napkin.  So, our taster is free to eat as many mushrooms as they like, then wipe their fingers clean on a piece of bread which they eat.  When the Emperor comes to eat the mushrooms, poison has been added to the bread he will use to wipe his fingers, which in turn transfers poison onto the food and into his body.

If we assume that a certain amount of any substance must be consumed to be lethal, and that a meal would consist of more than simply one dish, could not a small amount of poison be introduced to each dish so that, cumulatively, the Emperor would consume a lethal amount over the course of a meal?  The food-taster would — in sampling only a small amount of each dish — also consume poison, but significantly less and (depending on whether or not they are involved in the plot) could suppress or even ignore any potential rumblings or ill feeling.  Sure, this isn’t a plan without flaws — not knowing how much of each dish would be consumed, for one — but Emperors of lore aren’t exactly portrayed as famous for their restraint… 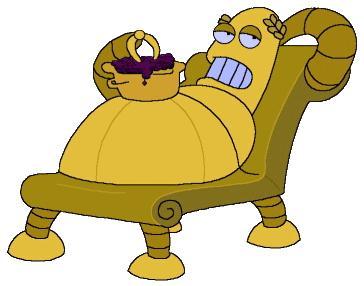 Maybe this is a variation on all the above, but the poison could be introduced to everything — or perhaps just to the bread — by the food-taster himself.  In the manner of Lucretia Borgia’s knife, he could have poison on the back of his fingers which, as he samples each dish, is wiped into the food as he takes his sample and so it not technically in the food he eats.  There is therefore either a great deal left in one dish, or a little left in all the dishes, or some left on the bread the Emperor will later use to wipe his own hands in case 2 above.  A certain specificity in mechanics becomes required at this stage — he may be required to wash his hands in the presence of the Emperor (in which case some poison kept in his pocket could easily be transferred to his hand afterwards) — and would have to be careful in the distribution but, well, life was cheap and he’ll be a hero if he took out an unpopular ruler, so the risk would probably be justified.

Okay, last one: why not cook the meal — let’s face it, the Emperor will be too busy emperoring to watch all his own food being prepared — and add one poisoned mushroom (that is, a mushroom to which the chosen poison has been administered) at the end.  We lack detail to know if these mushrooms are chopped up and mixed together, or left whole and a sample of each taken, but either way the taster either avoids the fatal mushroom or is only eat a small portion of it anyway and so might be able to feign wellness for the required hour.  I leave this one until last because it is where the most specificity is required, and surmise from the details provided gets us no further, but it’s surely valid, right?

Well, this took much less time to compile than you might suspect.  Who knew I had so many slaughterous thoughts in me?  Clearly anyone who crosses me better be on their guard, hey?  But more importantly, whaddaya think?  Any other methods I’ve missed?  And, once again, I promise this isn’t either research or intended to give anyone ideas…

Anyone intrigued by the discussion surrounding no-footprints murders in the Paul Halter post from a couple of weeks back may wish to check it out again, since John Pugmire has very kindly sent on a translation of the table of categories and explanations provided in the 4000-page Family of Vampires that was discussed in the comments.  I have linked it at the end of the post, so feel free to go and have a look… 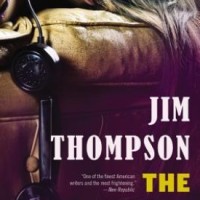 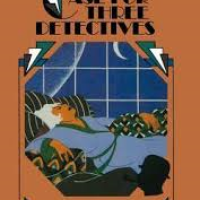 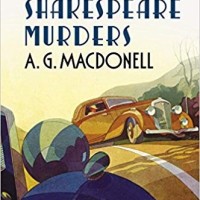