Disclosure: I proof-read this book for Locked Room International in March/April 2017. 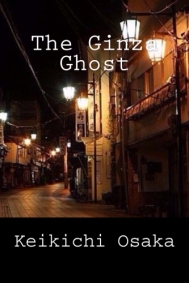 After two wonderful shin honkaku novels in The Decagon House Murders by Yukito Ayatsuji and The Moai Island Puzzle by Alice Arisugawa, John Pugmire’s Locked Room International now brings you this honkaku story collection from early pioneer Keikichi Ōsaka.  The introduction by Ashibe Taku, author of Murder in the Red Chamber (2004), does a great job of putting Ōsaka in context, since this was a nascent form of mystery writing that allows a fascinating and at times hugely inventive take on a genre we thought we’d seen everything in already — no mean feat when some of the best here are over 80 years old.  And some of these solutions have to be read to be believed… (in a good way, that is).

I would suggest that, in order to get the most out of these stories, you read each of Taku’s summations after you’ve read the story in question.  The insights of form and cultural expectation he provides are fascinating — there are also liberal footnotes from Ho-Ling Wong throughout the text which contribute to this, and they’re brilliant as well, especially that one about birthdays — but there are times when perhaps a little too much is revealed in advance.  Nothing specific, you understand, but even the occasional heavy hint, given the callow nature of what Ōsaka was innovating here, can sometimes be a little too revealing.

As to the stories themselves, well…

First up, ‘The Hangman of the Department Store’ (1932) gives us the suicide of a man jumping from the roof of said store, with the additional complication of his having been strangled to death before jumping.  This is very redolent of Nicholas Olde’s Rowland Hern stories, with the choice of killer being kind of silly and kind of genius at the same time.  Not much in the way of atmosphere to go by, but a nice little primer for what’s to come.

No two ways about it, ‘The Phantasm of the Stone Wall’ (1932) — in which a murder is witnessed, both murderers disappear, the evidence points squarely at two people with an alibi, there’s an impossible inconsistency in the timeline, and the wall around a house moves about six feet — will infuriate as many people as it delights.  If you’re a fan of Arthur Porges’ Cyriack Skinner Grey stories (and I am) the innovation here will put you in that lucky second group; everyone else…your mileage may vary, as they say.

Forgive the constant references to other writers’ works, but ‘The Mourning Locomotive’ (1934) has a gruesome aspect that very much reminds me of Edogawa Rampo’s The Black Lizard (c. 1936) and Soji Shimada’s The Tokyo Zodiac Murders (1981).  The puzzle of a train that keeps hitting something at the same place and time every week has elements of interest, but it becomes apparent as this long story wears on.  There’s a hole in your chest where your heart should be if you’re not a little bit moved, though.

Atmosphere abounds in ‘The Monster of the Lighthouse’ (1935), with a sea monster seemingly throwing a rock up to the top of an erratically-behaving lighthouse and crushing the lighthouse keeper there.  Certain aspects of the clewing show an unfamiliarity with obfuscation that belies the newness of this story form — it’s scrupulously fair, however, you’ve got to give Ōsaka credit for that — but the explanation for the monster’s screams is kinda genius.  A uniquely Japanese story, no doubt.

‘The Phantom Wife’ (1947) is again a great piece of atmospheric writing, but every short story collection has a dud and this is it.  The setup of a man apparently haunted by his  ex-wife’s ghost gives plenty of cultural detail and not much else in advance of the (not especially baffling) crime that results.  The explanation is…fine, and Taku’s introduction puts this in the appropriate context, but it’s not really all that interesting a tale, and giving us a ‘ghostly haunting’ story without establishing the ghost is something of an oversight.

By now, Ōsaka’s approach to the nascent honkaku form should be pretty clear, so the fact that ‘The Mesmerising Light’ (1936) opens in such a thrillerish manner — a body found on a stretch of twisty road, struck by a car seen vanishing into the distance — marks an interesting stylistic change.  When the car vanishes between two checkpoints and another crime becomes apparent we’re on more familiar ground, and the reasoning is solid if a tiny bit fortuitous.  Another unique approach (the why of the disappearing car is very bold) and a few illuminating cultural touches explained in the footnotes again, and a very good ending.

There’s something more than a little Chestertonian about ‘The Cold Night’s Clearing’ (1936), in which a child is abducted by an assailant on skis and their escape route tracked across snowy ground only for the trail to vanish in the middle of a field.  It acknowledges that it’s a variant on the old ‘no footprints’ murder, and Ōsaka creates a great sense of unease and explains that criminal seeming to float off into the air in a wonderful way.  A beautiful, perfectly-poised little story about which you should know as little as possible going in.

‘The Three Madmen’ (1936) suffers from being over-long, so that when it eventually gets down to its scheme the fundamental idea will be quite clear to even the occasional reader of this sort of thing.  Still, the last three inhabitants of an asylum escaping, committing a murder, and being hunted down has some very clever little flourishes — the Diva is a great character — and enough mood to provide the cultural interest that’s always going to come with this sort of endeavour.

Back to lighthouses for ‘The Guardian of the Lighthouse’ (1936), in which the keeper left in sole charge of one during a heavy storm vanishes from the small island despite the only boat being unavailable.  There’s a beautiful inevitability about this apparent impossibility — it’s probably my favourite story in this collection, snaffling the honour on account of its sly emotional threads which pay off in a very powerful way.  Wonderful stuff.

I don’t know quite what to make of ‘The Demon in the Mine’ (1937); the unusual, claustrophobic setting and the well-framed nature of the problem — murders where the obvious perpetrators are all cleared of complicity — work really well, but it shifts a lot between characters, and takes a long time in establishing a simple idea.  There’s a bigger point being made here, of course, but one that isn’t fully formed and so doesn’t come across as well as it might.  And surely the guilty party went about this in a very long-winded way…

As Taku says in his introduction, ‘The Hungry Letter-Box’ (1939) isn’t really in the honkaku style, but it does benefit from a more confident brevity and levity of tone.  The workings of how a letter posted in a locked post-box can vanish are revealed about halfway through, and the remainder is concerned with a decent motive for the act.  All told, a very enjoyable, compact story, even if not quite what you’d expect given what precedes it in this volume.

Finally, title story ‘The Ginza Ghost’ (1936) gives us a beautifully simple locked-room murder — simple in the sense of the facts being easy to comprehend, with no chicanery to cheat anything past you — that plays out smartly and efficiently, covering all the bases and providing a fair, rigorous, and well-solved answer with no wasted space.  Reminiscent of Norman Berrow at his more satisfying, and a frankly delightful note on which to end.

So, overall this has the triumphs and the difficulties one typically associates with short story collections, but with the added bonus of showing you the opening steps in a dance that has developed into something quite fabulous from these strong beginnings.  It benefits from a great translation, too, which both communicates things clearly and maintains a feel of something written in another language without that becoming jarring or intrusive.  Undoubtedly you’ll get more out of this if you share my fascination with the development of the genre in its nonage — and especially if you have an appreciation for the culturally distinct approach taken in such writing — but there are some pure belters in here, too, and invention enough to capture even the most jaded of imaginations.  More honkaku, says me, both shin and standard, please!

For the Follow the Clues Mystery Challenge, this links to last week’s Tour de Force because both have murders committed when the suspects are all in sight and so could not have committed them.