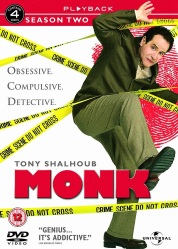 Okay, I’ve made a concerted effort to get on with the second half of this second season of Monk, so how do the cases taken on by OCD-afflicted police consultant Adrian Monk (Tony Shalhoub) and his assistant Sharona Fleming (Bitty Shram) stand up after a slightly disappointing first eight episodes?

The core principle of ‘Mr. Monk and the 12th Man’ is good: someone is killing random strangers in bizarre ways — the opening death is, of course, divested of any violence but still somewhat shocking for how suddenly it strikes — and a good, old-fashioned “what’s the link?” investigation ensues.  Given that we’re eight murders deep when the episode opens, though, it’s difficult to believe that the connection wouldn’t have occurred to the police before Monk is brought in.  And while Lauren Tom and Billy Gardell throw themselves into their respective roles as a dry cleaner and the victim of a workplace accident, you have to feel such portrayals don’t exactly flatter more modern sensibilities.  The running joke about the shirt button and the smoking clue are little moments of genius, however, each used to its own form of perfection, and more of the sort of thing that makes this series so special.

For sheer overwhelming utilisation of the core concept of the show, ‘Mr. Monk and the Paperboy’ takes some beating.  After the eponymous delivery boy is murdered by someone who steals not one but two copies of Monk’s daily newspaper, this feels like a firm reiteration of what should be happening every week.  Lovely little side plots — Monk solving two unrelated murders just by combing the newspaper — are solved with the panache and confidence of a more established enterprise, and while the occasional thread is weirdly just thrown in (like Monk worrying about Sharona being stronger than him…surely the least important side-plot, and most obvious bit of misdirection, ever put to screen), the combination of Nicole DeHuff and Joseph Sikora as those responsible adds an interesting slant to things.  It’s not remotely fair play, instead just throwing lots of information at you without structure, but at least it’s trying, dammit.

The inevitable Sherlockian parallels come to the fore in ‘Mr. Monk and the Three Pies’: not only because the plot is a take on ‘The Adventure of the Six Napoleons’ (1904) but also in the appearance of John Turturro as Monk’s even more brilliant, agoraphobic brother Ambrose.  Turturro is a magnificent actor who can turn the thinnest material into gold — he spent most of Barton Fink (1991) acting opposite peeling wallpaper, never forget — and he’s perfect here: restrained, touching, full of gorgeous little quirks and weirdnesses.  His disdain for the ease of Monk’s detection feels so world-weary where someone else would play it for cheap laughs, and come their Inevitable Reconciliation I found myself tearing up a little at two such great performances.  The plot is fairly standard boilerplater, but little moments — Monk taking an inopportune moment to tidy a pile of books, say — and the promise of more Turturro ahead elevate the episode significantly. 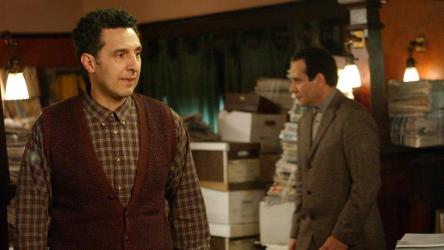 When Brad Terry (Billy Burke), star of a hit TV crime-solving show, very obviously murders his ex-wife (Nicole Forester) at the start of ‘Mr. Monk and the TV Star’ well…that’s about all there is to it.  A few cheap jokes at how unrealistic TV crime-solving shows are, some ham-handed being blinded by the celebrity spotlight for Sharona, Stottlemeyer (Ted Levine), and Disher (Jason Grey-Stanford) and a bit of lumpy misunderstanding about how lie detector tests work…and we’re done.  Much like Turturro last episode, this is elevated by the wonderful Sarah Silverman as Marci, Terry’s biggest fan — a lesser actress would struggle with the thin material, but Silverman’s got just the right edge of manic, bizarre hopeless delusion to sell it.  I hope we see her again, not just because I’ve loved everything Silverman’s done but also because there’s chance to at least do something interesting with that character when the writing gains confidence.

We again flirt with the possibilities of this concept in ‘Mr. Monk and the Missing Granny’.  An elderly woman (Pat Crawford Brown) is kidnapped from her home, the kidnappers demand that a homeless shelter offer turkey dinners for one particular evening…and the woman is returned unscathed.  It’s a delightfully odd mystery, spun up into a very clever piece of misdirection, complete with trenchantly off-the-wall characters like Rachel Dratch’s hopeless law student and her equally clueless study group, spoiled only by clues dropped with the subtlety of an Acme anvil.  And then it’s resolved with a clue of such wonderfully light touch that you sort of want to forgive these minor infelicities.  And Shalhoub is superb in the moment Monk reflect on whether his OCD qualifies as a disability, which if utilised as such would provide an easy way back into the police force.  Feels like the writers are edging ever closer to cracking this…

…and so in comes ‘Mr. Monk and the Captain’s Wife’ to provide a retrograde step.  Hooray, more time in the poisonous Stottlemeyer marriage, with Karen (Glenne Headly) hospitalised in a car accident following the shooting of a truck driver, and Stottlemeyer going full cliche “I’ll stop at nothing, etc, etc”.  This would carry more weight if the Stottlemeyer marriage were presented with any positive elements, but instead it’s just some forced “personal vendetta” nonsense so that Stottlemeyer can apparently come to understand Monk’s pain at the murder of his own wife seven years previously.  Because there’s no other way anyone could have any empathy for that.  Touches like shooter and victim both apparently being barefoot are appreciated, but don’t excuse the ham-handed emotional content, nor the lazy plotting.  It also contradicts a key legal principle from the little-seen Michael Douglas thriller The Star Chamber (1983), but I think I might be the only one who knows or cares about that. 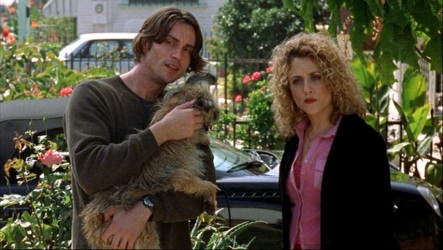 Next is ‘Mr. Monk Gets Married’, which I’m only writing about because I’ve established the expectation that I will write about each episode.  There’s a man in the first scene who looks remarkably like John Lithgow, but it isn’t him.  And Jane Lynch — as a marriage counsellor at a retreat were Monk and Sharona pretend to be a couple because Disher’s mother has married a man who immediately wanted to divorce her so they’ve gone there on honeymoon because he needs access to the journals of a prospector to get clues to find some hidden gold — demonstrates the need for quality actors like Turturro and Silverman to play thin roles, since she’s clearly under the impression that she’s doing something with the material and she’s really not.  Also, Nestor Carbonell is in this.  He’s that very, very attractive man who always looks like he’s wearing eyeliner.  Is that 150 words?  Close enough, let’s move on.

‘Mr. Monk Goes to Jail’ sees the return of Dale the Whale from series one, now played by Tim Curry.  When a death row inmate is poisoned by his last meal approximately an hour before his date with Old Smokey, Dale requests that Monk find the guilty party (the motive here is fudged, something about being a suspect himself for nonsensical reasons), and in exchange he’ll tell Monk what he knows about Monk’s wife’s murder.  Whipsawed by neo-Nazis and his violent cellmate (Danny Trejo, always good value), Monk uncovers one of those nicely evergreen puzzle plots where everything is far bigger than these small beginnings seem, and the writers have done well to scale up without it ever getting ridiculous (though the clewing is lead-footed at best).  And Sharona gets to do the summation, which is nice, though having previously displayed some actual character traits you feel she’s not much longer for this universe.

The good here — ‘…Paperboy’, ‘…Missing Granny’, Turturro and Silverman, some of the running gags — bodes well, but probably like all episodic TV shows this veers wildly in quality from week to week (remember when a show was on once a week, and you had to wait to watch it?  Duller times…).  Shalhoub remains the glue that holds it all together, even when he has to resort to extended “OCD is hilarious!” routines like not wanting a prison guard to frisk him, and the odd snatch of him partaking in physical comedy (when the photos are being taken in the cave in ‘…Gets Married’ for one) works all the better for not leaning on it too heavily. What’s good is very good, though, and I remain positive for the future of this show. Expect series 3 to appear on here in about another six to eight months…

Monk reviewed on The Invisible Event: 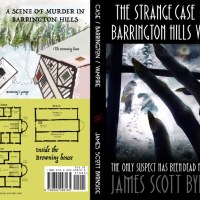 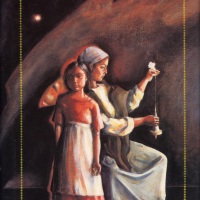 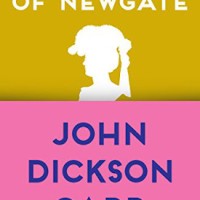 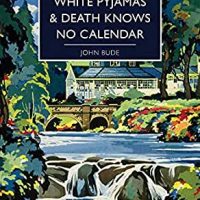