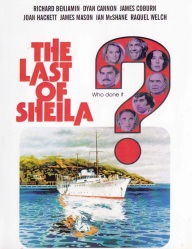 I’ve not reviewed a movie here on The Invisible Event before, but then The Last of Sheila (1973) is not your average movie.  I first became aware of it at the Bodies from the Library conference in 2017, when it was recommended as one of the few examples of a fair-play mystery in long format, and that was enough for me.

Plot-wise, for the six of you reading this who have not seen it, we’re in fairly classical territory: opening with a party from which Sheila (Yvonne Romaine) flees following what appears to be an argument with her husband Clinton (James Coburn).  Walking away from the party along darkened streets, Sheila is struck down by a car and, after a moment of hesitation from the unseen driver, left to die at the side of the road.

The last of Sheila

Cut to one year later, and Clinton — “emerging from my year of mourning” — is busy organising a social gathering for a week on his yacht, the Sheila, to which are invited movie rewrite man Tom (Richard Benjamin) and his wife Lee (Joan Hackett), movie star Alice (Raquel Welch) and her manager-husband Anthony (Ian McShane), Hollywood agent Christine (Dyan Canon), and director Philip (James Mason) — all of who, with the exception of Lee, were present at Clinton’s party on the night Sheila died.

Each invite bears the legend THE GAME WILL BEGIN EVERY NIGHT AT 8PM SHARP, and the guests are told on the first day that the ‘game’ will take the following form: each is to be assigned a ‘secret’ — YOU ARE A SHOPLIFTER, YOU ARE AN EX-CONVICT, etc — and when they make port each evening clues will be given which will lead to the identity of the person with that secret.  When the person whose secret it is untangles the clues and discovers their own identity, the game is over for the night and anyone who has not discovered their identity will no longer have the chance to do so.

The motivation behind their willingness to engage in this is a little handwaved away — Clinton wishes to produce a movie about his late wife called The Last of Sheila, and all these movie-adjacent folk are competing to be involved, sure, but none of them are competing for the same role, so I feel I missed something there — but it soon becomes apparent that more is at work here.  The card someone bears, and the secret that is ‘theirs’ in the game, is something that is true of another of the players in real life.  And one of the cards says YOU ARE A HIT-AND-RUN KILLER…

One of the in-game clues from the first night of play.

From here, the script by the to-me unlikely pairing of impressario Stephen Sondheim and actor Anthony Perkins, turns the screw ever-tighter on a delightfully labyrinthine and yet pleasingly simple problem: someone has a secret to hide, so it’s only a matter of when the murder takes place and who dies, and then how it all unfolds from there.  The first attempt is aimed at someone I think most viewers will be surprised to find targeted, and everything builds with pleasing momentum and a very engaging setup from there.  It’s tremendously enjoyable stuff, very intelligently wrangled, and enough to make you wish Sondheim and Perkins had written another seven of these for us to kick back and play along with at home.

Someone arrives too late.

Because, well, it is pretty darn fair-play.  We know films have issues with continuity and presentation of events, but the overwhelming majority here is presented as it needs to be.  Sometimes you don’t know whether it’s simply the slightly less advanced movie-making standards at the time — we’re presented with two dead bodies, the second of which is simply the actor with a greyed-up face and couldn’t look less like a corpse if it tried even though that character is, in the film, dead — or whether you’ve legitimately spotted something telling (several parts of this, including one very fair moment of clue-dropping, I caught and then had to wait to find out I was correct about), but most of the time it will be the latter. 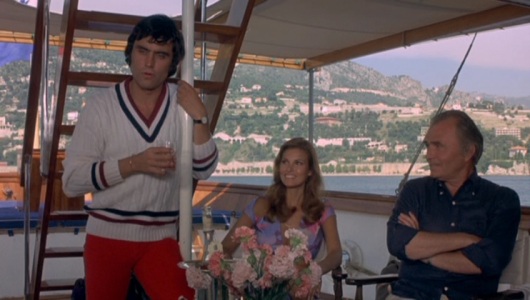 Always assuming, that is, you have eyes for anything besides McShane’s outfits.

The cast is clearly having a blast, too, and who can blame them with a script this lithe?  For all the camaraderie on display, there’s a lovely archness at times, such as Christine refusing to put any suntan lotion on Alice because she’s busy sunning herself having spent the previous night in Clinton’s cabin.  “I have to do 25 minutes on my front today,” she demurs.  “Oh, to make up for the 25 minutes you spent on your back last night,” comes the reply.  And I don’t think I’ve ever seen Coburn — all fabulous dentistry and an impressively beanpole figure for a man well into his fifth decade — quite this delighted, as he goads and taunts his guests, and makes them jump through his game-playing hoops, while also investing Clinton with vestiges of neuroses behind the showman (the stuck door, in particular, reveals a little more than may be suspected of him). 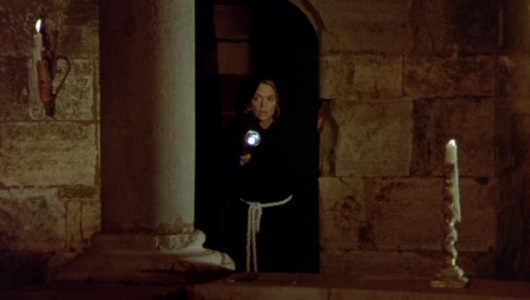 I felt pretty smug about getting most of the clues and solidly 80% of the solution, but there’s going to be something here that even the most watchful armchair detective will overlook, and consequently joy in having spelled out in the (remarkably stagey — you could adapt the second half of this for theatre most faithfully) final summation.  It’s here that the classical detective roots come closest to the surface, with some shots reframed to show telling actions but mostly featuring the events we’ve been watching for 90 minutes themselves reframed in the steady establishment of someone’s guilt.  And there’s something about the campy delivery of the line “I don’t have any gloves” that sums up the entire enterprise gorgeously — fun, inventive, a little chilling, and promising so much potential that we never got to see again.  If you get a chance to see this, grab it.  I understand a remake has been toted for a while now, which would probably be awful, but maybe between Branagh’s Poirot movies and this some new appetite for detective movies could emerge.  If the new Golden Age of detection doesn’t happen on the page, maybe it will happen on the big screen instead…

Sergio @ Tipping My Fedora: This Edgar-winning murder mystery challenges a group of Hollywood players to solve a series of riddles while on the French Riviera – but just what is the prize and who is playing who? This fabulously elaborate movie was co-written by the unlikely team of Broadway composer Stephen Sondheim and movie actor Anthony Perkins, who shared a passion for wordplay, acrostics and murder games. This film certainly offers plenty of those and at the same time also takes ironic potshots at the movie community. James Coburn is the manipulative mogul who, one year after the mysterious death of his gossip columnist wife, invites some ex-colleagues to stay on his yacht. But is one of his guests her murderer…?

Particular thanks to Ryan for furnishing me with a copy of this — and for saving me from spoilers! — as well as to John Grant, whose fabulous Noirish site I belatedly realise I’ve shamefully ripped off in the structure of this post. 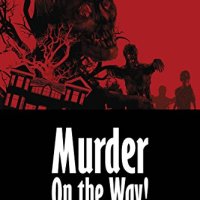 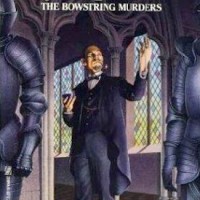