An orphaned young man who lives with his red-haired best friend’s family, all the while having adventures…yeah, okay, no, the Harry Potter similarities stop (and indeed, don’t even start — he’s not an orphan, his father’s just away a lot) there.  But it’s interesting to reflect, as these YAGAD novels are making me do, on the format that adventures for younger readers take and how little the classic tropes have needed to change in the intervening decades.

Unlike Young Robin Brand, Detective (1947) by Freemans Wills Crofts or Nancy Drew’s debut (precise author pending) in The Secret of the Old Clock (1930), however, we do get one key difference here: our 18 year-old detective Ken Holt and his friend Sandy Allen are no mere creatures of leisure, instead working for the newspaper in the town of Brentwood.  It’s a family undertaking, sure, but there’s still the necessary interruptions to their investigations so that stories can be written, photos taken, and personal interest angles worked in, and it makes a pleasant change to see a background of responsibility make itself felt at times (even if this is the slippery slope into crime fiction and away from GAD…a lament for another time).

This is also the only one of these YA books featured this month not to contain any meaningful illustrations.  There’s a rendering of (one presumes) Ken Holt on the outside of the front board, and opposite the title page is the sole illustration of the action herein, something from very late on in the plot — I shall include both below, as the latter doesn’t especially spoil anything — and this has me thinking: does anyone have any perspective on this?  It’s marketed as ‘A Ken Holt Mystery for Boys’ and is contemporary to the reworked text of that Nancy Drew novel (which did contain 1950s-era diagrams)…so is there perhaps a perception that boys wouldn’t want pictures in their books?  Maybe no overall conclusion can be drawn — the publishers may simply have balked at the extra outlay, end of — but it’s interesting that the other books (including next week’s title) are illustrated and this one is not.

‘Bruce Campbell’ is one of several noms de plume assumed by Sam and Beryl Epstein (née Williams) in the writing of some 100+ books — they also wrote as Adam Allen, Douglas Coe, Martin Colt, and Charles Strong since “publishers were convinced that librarians were convinced that anyone who wrote more than one book in five years really couldn’t be doing a good job on it”.  The Clue of the Phantom Car is the eighth of an eventual 18 books in the Ken Holt series published between 1949 and 1963 and, on this evidence, man do I want to track down more of these books (for sensible money, of course).  There’s a marked accent on rigour and investigation — and even the discussion of whether something has been logically deduced or is simply “a collection of wild guesses” — against a really rather thrilling story that divides neatly down the middle to keep you intrigued but also in the loop.

The first half concerns the eponymous automobile, which runs a truck off the road — adding to a recent string of potentially business-ruining occurrences for the Conner brothers and their haulage firm — but, despite travelling at high speed and with its headlights on, does not pass Ken and Sandy who are driving towards the scene from some half a mile down the same (dead straight) piece of road.  At heart, this is a borderline impossibility, and the most fun is had in treating it as such, even if Ken is quick to point out other possible solutions to this semi-miraculous vanishing.

It is the speed with which assumptions are challenged that really commends this book.  Where authors are occasionally guilty of allowing an obvious objection to go unexpressed purely because it’s the key to the puzzle and they wish for it to remain unsought for another 200 pages, the Epsteins jump in time and again with considerations right from the off.  This seasoned hack had to suppress a sigh on a couple of occasions when it appeared a clue or idea was being sidled past in full view of the younger audience…but then Ken was quick to pipe up with the exact supposition I had considered, waving the developments full in the reader’s face for all to see.  That is, to my way of approaching these plots, wonderful, not least for the respect it shows the audience, and it means, too, that they’re able — in my experience, at least — to slip something rather key past you when you’re not looking for it, which is frankly even better.

The ‘how’ of the vanishing car is nicely explored — there’s a false lead pursued, the Realist fan in me is ecstatic to note — but not something terribly difficult to gauge.  Eight books into a series, it’s pleasing to see Ken and Sandy working as a team, each taking the lead where their talents lie, and encouraged into action by the adults around them, no less.  I’m mildly horrified by the casual destruction of physical evidence at the scene, but the way it unfurls before the halfway stage is a nifty and intelligent detective plot with a good reveal that is achieved realistically.

The second half shifts focus, becoming a mix of whodunnit (which appears obvious, though needs to be proved) and whydunnit (which appears obvious, though needs to be proved).  The boys and their wider support network glom onto the likely responsible party pretty darn quick, but the obligation to provide some basis for the involvement of the police predominates.  Here again we get a very considered and interesting piece of plotting — sure, there’s a certain amount of staking-out, of bird-dogging, of clandestine pursuit and eavesdropping, but it doesn’t get repetitive and even manages to toss in a decent, era-justified piece of consideration the relies on the trappings of the time and would in no way be a problem these days.  Contemporary details such as this, you may be aware, bring nothing but joy to my inner nerd, and he did a happy little pirouette at one line of dialogue.

Come the final stages, tying everything together revealed to me the superb piece of clewing I referred to above, and as the paths converge this actually gets pretty darn harrowing — there’s a real grimness and unapologetic discomfort to many aspects of the finale…not that we’re setting up any trigger warnings here, but the Inevitable Peril feels a helluva lot more perilous than in the two previous books I’ve looked at in this month’s Tuesday posts.  My determination that younger readers not be condescended to may in itself appear condescending, but the notion on consequences and the risk being run is important.  There are several things to work through in this regard, and none of them are glossed over or suddenly retro-fitted so that any perceived threat or risk is at the end revealed to have simply been a misunderstanding and there was never any risk at all.  There is no attempt to thus diminish the achievement, nor to belittle the efforts of the boys in what they have reasoned through and achieved, and that is an important part of YA fiction.

The Epsteins clearly had a thankfully progressive mindset when it came to writing for younger readers, and not purely in terms of action.  The following might actually be one of my favourite quotes from a children’s author, though in fairness I’ve not read many:

“We had one or two publishers asking us to write using a vocabulary list, but we won’t do that.  We don’t believe in it.  If you’re going to limit children in their reading to what they already know, how are they ever going to learn anything else?  We’re careful to use a new word with no definition and then, very shortly after, use it in a frame of reference in which the meaning is unmistakable.  It’s a bit more trouble writing, but well worth it, we think.”

So, yeah, the plotting works, the structuring works, the unveiling of each aspect is huge fun, and they’re written by people who have the best intentions and a great perspective on what constitutes respectful writing for their audience.  So, of course, the books are virtually impossible to track down and I must now spend the rest of my life hunting around bookshops, book sales, and reselling websites in the slim hope of someone deciding to part with them for money I can afford on my salary (I have bills to pay — so, so many bills).  Aaah, well, t’was ever thus…

TomCat @ Beneath the Stains of Time: The authors do not simply, or dumb down, the plot to accommodate their young readership or the two boy-detectives. They even come up with a completely wrong answer on their attempt to crack the case, but the result is a false solution that is as clever as it original. It showed the boys playing around with ideas and looking into the various possibilities, which also distracts from the ultimate simple answer to the problem. One that Ken stumbles to during a homely scene and this incident suddenly makes a clue given by Ralph during the second time he was asked about the accident by Ken very clear.

On my Just the Facts Golden Age Bingo card this fulfils the category Timing of the crime is crucial. 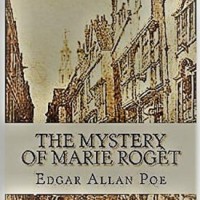 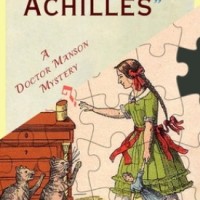 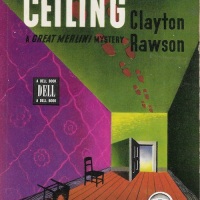