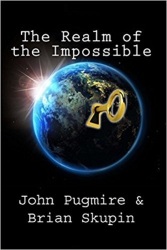 The world tour that is Locked Room International’s newest impossible crime story collection continues, with me picking out stories by their approximate geographical groupings to explore the themes they raise.  Elsewhere we have:

It’s a little bit of a shame to have to report that none of the three stories in this part of the world are actually by authors from this part of the world.  No doubt in the first and third cases the authors have a pretty darn good idea of the cultures they’re writing about, but equally there will be a tendentious element to such writing because they’re always viewing said cultures externally.  It stops short of pure amanuensis, certainly, but there’s still a sort of separation here that’s a shame given how I was hoping these stories were going to highlight the existing market within the countries themselves for what is primarily seen as an English and American undertaking.  These tales stemming from the pens of Enlglish and American writers undercuts that somewhat.

Probably that’s just me misunderstanding, however.  That happens sometimes.

First up is ‘The Locked Tomb Mystery’ (1989) by Egyptology expert Dr. Barbara Mertz under the nom de plume Elizabeth Peters.  In essence this Ancient Egypt-set problem is a neat one — the sealed tomb of a wealthy woman is found desecrated, with no way for the thieves to have got in or out since the whole thing is carved into the rockface and the seals on the door were undisturbed.  What we have here, however, is one of those narrow situations where there’s really only one solution and the whole thing, less one slight clever variation, is really kinda obvious as the story is unfolded.

Like Paul Doherty, however, Peters is very compelling in the details of the world she’s painting, and this is used well to establish the root of the problem as well as explain one key aspect of how the theft is, uh, prepared for.  The background of superstition and ritual works well, and the mixture of disdain and respect for our central investigative pair balances out decently without falling into the easy fawning that sees everything fall from the path of the amateur detective in this sort of short form story.  I’d read a Peters impossible crime novel on this evidence if one existed, but I still can’t help but wonder that no-one at all in the country of Egypt isn’t also trying to writ this kind of story.  An indigenous take on the history of the country could be amazing.

Head out through Israel into Lebanon, setting for ‘Leaving No Evidence’ (1938) by Dudley Hoys.  This is a short, simple, direct, and superbly atmospheric story that wastes no time in giving you the people involved, the relationship between them, and all other pertinent detail before dropping face first into the stark impossibility of a man disappearing in the middle of a snowdrift on a mountain.  This is another narrow story that both works and doesn’t — the tempting thing would be to pile in a load more detail to hide the workings, but the broad emptiness of its vistas are best served by the simple directness Hoys employs.

As a result, the experienced reader will probably get the essence of the solution quite quickly, but this is one of those cases when — especially given how the solution is revealed — being ahead of the author is not bad thing.  It’s a very, very crafty little tale, with a very nifty motive behind its impossibility, and could well be my favourite of the collection so far.  Sure, there’s the slight issue of how literally we’re supposed to take the final line — there’s a potential conflation of cosmesis and functionality, shall we say — but this recalls Norman Berrow’s footprints-in-the-snow masterpiece The Footprints of Satan (1950), and delights me to the same extent for the same reason: its refusal to over-complicate a story that is all the more effective for its simplicity.

Eastwards to Iraq, and ‘All the Birds of the Air’ (1950) by Charles B. Child, a.k.a. Claude Vernon West.  Personally I don’t think this qualifies as a pure impossibility — it’s an improbable crime, given the nature of a man found beaten around the head in an unlocked room that someone might have been able to approach…and then one detail is included that makes it, I’m sorry to say, a really rather very probable crime indeed.  In stark contrast to the above, the narrowness here is something West doesn’t use well, extemporising with a lot of extra detail and to-ing and fro-ing just to fill suitable pages to make it appear a bit mysterious.  It doesn’t work.

However, given West’s apparent knowledge of the people and cultures whereof he writes, it’s another fascinating look at a different culture that enables the newness to permeate all the better for the familiarity of the trappings with which it is ensconced.  Cultural operation around the observation of legal proceedings, or the structure of family life, is something that could be made clear through stories that grind on slowly and exceeding small to no particular interest, but here they’re explored lightly and efficiently through a little touch, a little prod, a faint shove as part of the trappings in which the crime is investigated.  From that perspective it’s great, but as a plot and an impossible crime it alas has little to offer.

Thematically there’s less to explore here, given that one of these three is pure historical invention and the other two relate entirely different settings — one an isolated mountainside, the other a salubrious suburban neighbourhood — and as such compare in only the most basic of ways.  The superstitious element of the first and second stories has nothing to distinguish itself from the standard family curse novel your average GAD author would rip out over a long weekend, and I can’t help but feel that this is because these are written by people so firmly entrenched in the Western mystery story tradition.

I suppose it’s possible to do a retro-analysis in this regard, and say how this shows that the general trappings of such stories were obviously loose enough yet firm enough to admit alternative approaches and still retain their inherent familiarity…but, well, I feel I already knew that.  Ah, well, at least next week’s foray into India, China, and Japan will have us back in the hands of the real deal.

And if you can’t wait until then for that, well, salvation is at hand: TomCat has torn through the entire collection already and given us a full rundown here.  Truly, this is the age of miracles… 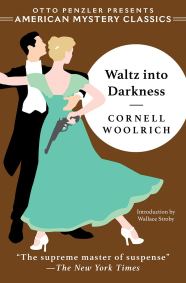 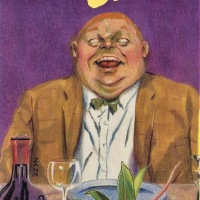 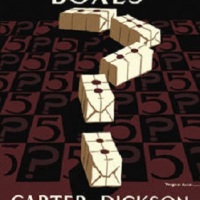 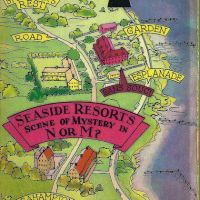 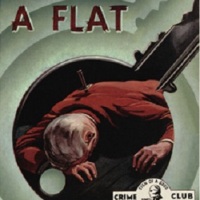 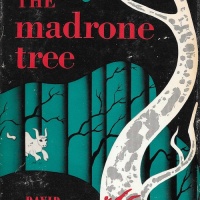 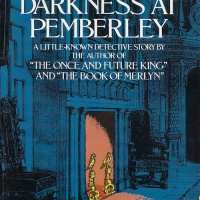 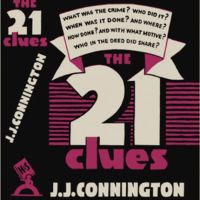 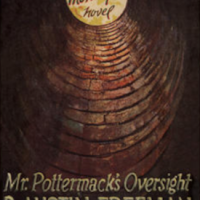 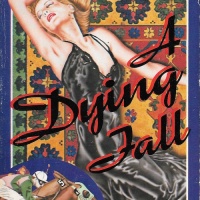 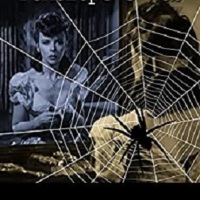 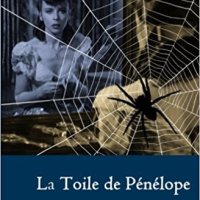 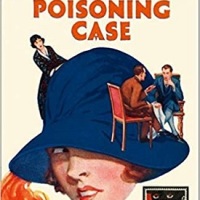 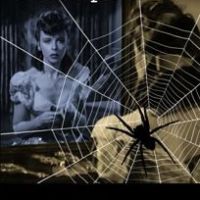