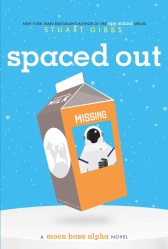 Space Case (2014), the opening volume in Stuart Gibbs’ Moon Base Alpha trilogy, did a very good job of marrying some intelligent scientific speculation with an appealing juvenile detective and a decent whodunnit plot, and follow-up Spaced Out (2016) is even better again.

Jumping off from a lot of the establishing work done in Volume 1, Gibbs here gives us a very confident, borderline-impossible disappearance story buttressed by a lot of intelligent reasoning by the characters and a far more involved job of tying together a number of small and seemingly inconsequential actions and observations on the way to some surprising conclusions.  Ladies and gentlemen, we are floating in space with a legitimate (YA) puzzle plot — and one that also works in an extended suspense sequence (Chapter 15: Death from Above) most authors who aspire to write compelling action/suspense would do well to examine.

Picking up a month or so after the events of Space Case — and full-bore spoilers for that book in this one, by the way, with the killer named, the motive for the murder given, and just about every other aspect of the plot referenced one way or another — we have 12 year-old Dashiell ‘Dash’ Gibson still living in Moon Base Alpha, the first human colony on Earth’s moon, with the motley band of scientists deemed necessary plus the objectionable trillionaire family the Sjobergs who paid for the privilege of being the first ever space tourists and have been a thorn in everyone’s side from day one:

“Our government does not provide adequate funding for the moon base program.  We need the income from space tourism to make up the difference.  And once Moon Base Beta is built, it will derive even more of its operating costs from tourism.  The Sjobergs could ruin all of that.  If they start spreading lies about how bad things are up here, the tourists won’t come and the entire lunar colonization program will have to be scuttled.”

With one murder already committed, and NASA understandably keen that no word of any wrong-doing make it back home, another mystery is soon upon the lunarnauts (or ‘Moonies’) when they wake up one morning and discover that their martinet-commander Nina Stack has vanished in the night.  The CCTV cameras have been put out of order, the entry and exit logs are wiped, no space suit appears to be missing, and since there’s no oxygen on the surface of the moon the problem can be stated rather neatly:

The lunar surface was 14.6 million square miles, bigger than North America and Europe combined — and in that entire vast expanse, Moon Base Alpha was the only safe place for humans.

So if Nina wasn’t there, where was she?

Inevitably, given the nature of this problem, a certain amount of Purloined Lettering must be going on and there’s simply got to be somewhere someone says they’ve checked but didn’t really.  What’s neat about how Gibbs works this into his narrative is firstly the world-building around the universe of MBA itself, and secondly the fact that so much of what goes on here contributes to the plot in intelligent ways.

To take the former, there’s the small matter of the lunarnauts being legitimate celebrities back on Earth, and in inevitable fallout of that — the ‘Moonatic’ fans deciding that Dash and Kira Howard were a couple “because we were a boy and girl, we were the same age, and there weren’t any other options.  It was a Noah’s Ark kind of thing … While I liked Kira as a friend, the idea of dating her seemed kind of weird; we were only twelve, after all.”  The pressure of celebrity is lightly handled, and only ever thrown in a couple of times at most in the book since it’s so divorced from the day-to-day experience of the Moonies who, anyway, are tied up in NASA contracts prohibiting any profiteering while on the base.

Equally, in a different way, take the following exchange between Dash and Kira when they venture out onto the lunar surface to take a trip in one of the rover buggies used to transport anything:

“Can I drive?” Kira asked.  Her voice came over my radio headset as we trudged towards the rover garage.

“Do you know how?” I asked.  I was doing my best to remain calm, to focus on my breathing and not panic,

“Would I be asking if I didn’t know how?  Of course I can drive.”

I glanced towards her, wondering if this was true.  Since self-driving cars had come along, young people didn’t need to take driving lessons.  It was rare to see a car on earth that even had a steering wheel any more.  And even if that hadn’t been the case, Kira was still only twelve.

Goddamn, the editorial decision not to use a capital letter when referring to the planet on which we live by its given pronoun aside, there is so much I love about that exchange.  Its emblematic of the sort of intelligence that the characters display throughout — the cartoon villainy of the Sjobergs aside, and even then there’s a surprise up the narrative’s sleeve — and simply one tiny touch that enriches the experience of reading this.

Plot wise, this intelligent design is everywhere.  The eventual dual reasoning behind the central mystery is very neatly done, giving us what appears to be one motive for a majority of the book — and selling it in relatable terms — before another design emerges behind it with fabulous clarity.  Even the unusual relationship that Dash has with Zan Perfonic is used to further the plot, and lead to a crucial oversight, in a surprisingly neat way.  Hell, we’re even pretty much told what the solution to Nina’s vanishment has to be at one stage — and come the final stretch this is dragged out again and re-examined in light of what we now know for us to facepalm at our idiocy.  And yet, inside of all this intelligence, there’s still room for “sci-fi silliness” such as discussions about clouds of sentient nanobots and cyborgs, or Zan’s intervention on Dash’s behalf when Patton Sjoberg’s bullying becomes especially severe, without it dragging things too far from what we should be looking at.  The way things are overlooked is realistically handled, and that takes some doing given this company — as one of the characters points out, with the number of PhDs on that base, they should be able to search it adequately, and yet somehow Nina can’t be found.

The characters are broad archetypes made slightly more interesting — Dash in particular, especially in the moment that he’s moved to reflect “But then we’d ruin it forever” — though if there’s one meaningful flaw, it’s that there are perhaps slightly too many people to really keep track of everyone.  And you largely know who to ignore based on whether Gibbs has taken the time to give them something memorable to do or say.  These memorable moments are superb…

Dr. Marquez was one of those parents who didn’t really believe in discipline, so the only threat he could muster against Cesar was: “If you don’t come back here, I will be very disappointed in you.”.  “Deal,” Cesar had said, and then walked out.

…but they also highlight how at times I was told that so-and-so was in the room and had no idea who they were or where they might have come from.  Adults in the audience might find some of the reflections on humanity a little difficult to swallow, but I honestly love the way Gibbs uses this to raise some interesting questions — the discussion about money and status, for instance, is the sort of thing I would have loved to have encountered when I was 12 years old — and if the final chapter seems to heavily veer off into unexpected territory…well, again, consider the people this is actually aimed at.  And how smartly and wonderfully Gibbs has wrangled everything that’s come before surely mitigates any complaints anyone could raise here: we’re not just wildly jumping lanes after a dumb, fun romp…we’re expanding a worldview after an intelligent, fun romp that works in legitimate plot construction and contains some great surprises.

So, well, colour me very excited for the concluding book Waste of Space (2018), and Gibbs’ other titles into the bargain.  He’s a talented, intelligent author writing compelling plots that utilise genre tropes to build a genuinely exciting and engaging story where perceptive young people are celebrated and some fascinating questions raised.  And he has a “no footprints” mystery coming soon…how could I not get on board with that?!  Mr. Gibbs, sir, you may count me as a fan.

The Moon Base Alpha trilogy by Stuart Gibbs: 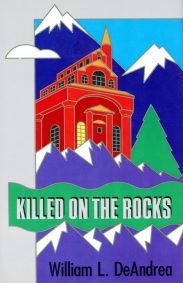 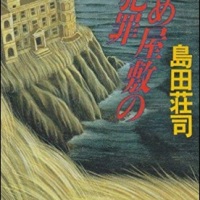 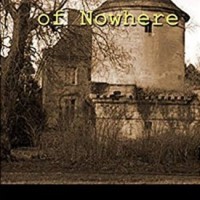 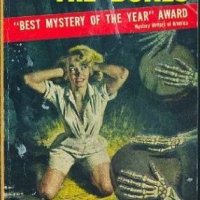 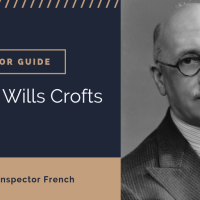 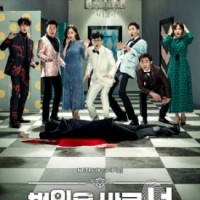 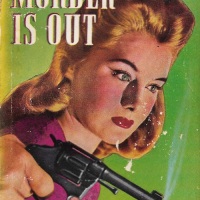 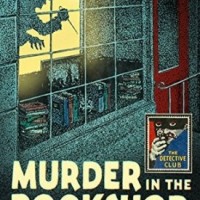 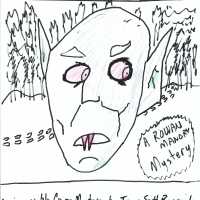 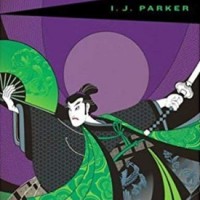 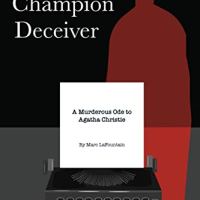 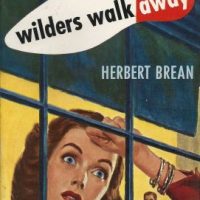