It is tremendously difficult to write about gender these days without appearing to be trying to sneak through some (usually unpleasant) agenda.  If anything in the following causes any reader jump to such a conclusion about my intentions, I urge that hypothetical reader to take a glance through any selection of posts on this site — all written by the author of what you’re reading now — to assure themselves that this in no way features in my plans.  I am simply, out of curiosity, asking a question that happens to involve gender.

And the question is this: Has Golden Age Detective fiction been subjected to a deliberate feminisation?  And, if so, to what end?

By ‘Golden Age Detective fiction’ (GAD from hereon) I mean novels and short stories predominantly written by English authors whose main intention is to communicate the commission and solving of a crime, published approximately between 1920 and 1945.

By ‘feminisation’ I mean the promotion of this type of writing being something undertaken by female authors far more than male authors, with the implication that by promoting this view there is some implicit difference or importance in this being the case.

Agatha Christie is the obvious example to draw — she is one of the few authors to genuinely transcend her genre in terms of public awareness, and so provides a suitable short-hand for this sort of question: not only is she in print, she’s on TV, in the movies, in video games…hell, if there’s a platform on which Christie can be promoted, the current rights-holders are more than happy to have the name attached to it, to hell with the faithfulness or suitability of whatever emerges (ahem, P******* i* C****).

But this case extends beyond Christie, and only really occurred to me of late due to my recent, belated purchase of Martin Edwards’ The Golden Age of Murder (2015) in which he charts the development of The Detection Club — a self-created collection of detective fiction authors, who would vote other authors in as members — from its inception through to about 1949 (it’s still going; Edwards himself is the current President).  At the start of the book is a list of all the authors elected to the club from 1930 to 1949 and of the 50 names — fifty, half of one hundred — only 14 are female.  And I was genuinely amazed when I read this.  I know not everyone from that era is still in print now, that’s an unattainable dream, but assuming a not-unreasonable equal tailing-off of interest in both genders of author, the relative profligacy of female authors currently in print implied to my mind a positive swathe of them from back when they were contemporary.  In short, I fully expected the women to hugely outnumber the men.  I didn’t care either way, I just unconsciously held that expectation. 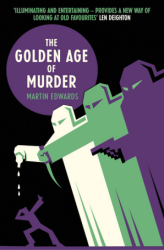 And, I can’t help but feel, ‘profligacy’ really is the word.  Since I have started reading GAD in any meaningful way, the authors whose work can be found almost without exception in any bookshop I walk into are exclusively female — Margery Allingham, Agatha Christie, Gladys Mitchell, Dorothy L. Sayers, Josephine Tey — and subject to all manner of debate over which four of them constitute the Queens of Crime.  Christie and Sayers are probably the most famous, television adaptations don’t hurt in that regard, but even in the best-stocked bookshops these five women represented a significant proportion of all the GAD work available; virtually everything they wrote was in print (oh, happy day!), and the numbers, while varying significantly, are pretty damn impressive:

Some of those numbers are approximate because I don’t want to get into a debate about precisely which books we’re including (Christie, for starters, published a lot of stuff outside of the date range I gave above), but that’s still over 200 novels from the school we’re discussing, all written by women.  When Vintage reissued 6 Edmund Crispin books a few years ago he was one of the few male GAD authors in print.  It would appear, therefore that there is potential for the argument to be put forward that of late publishers have wished to propound the sense that the contribution of female authors to this form of detective story greatly outweighs that of their male contemporaries.  It’s a bit of a reach, sure, but the near-total scarcity of Berkeley, Carr, Connington, Crofts, Rhode, and many others besides until the advent of small press publishing houses seems…odd.

Hell, if you just want to compare numbers of books published at the time, John Rhode/Miles Burton outpublished Christie by a factor of 50%, John Dickson Carr pretty much matched her book-for-book, Freeman Wills Crofts would easily stack up against Allingham, and so three male authors have already in sheer numbers matched or exceeded the five fine women above.   I could keep quoting names at you on both sides of this divide — Henry Wade, E.C.R. Lorac, Rupert Penny, Carolyn Wells, Milward Kennedy, Helen Reilly, we really could be here all day adding first to one pile and then to another — but the fact remains that a majority of male authors from this period are nowhere near as well-know as these five women.  And that fascinates the hell out of me.

Before my intentions here are misinterpreted, let’s be clear on one thing: I don’t particularly care one way or the other — story has no gender, and my chief interest in GAD is the telling of a good story — I’m just curious at the revelation that female authors made up a comparatively slight proportion of those working in this field at this time, especially given the prevalence of those five names above in publishing terms.  While membership of the aforementioned society is not necessarily a great measure per se — one of those members was A.A. Milne, who wrote only one novel of detection, but equally another was Clemence Dane whose own contribution is debatable from the three books she co-wrote (though she did at least get involved in some of the round-robin works they produced, which is more than can be said for Milne) — it seems telling.

And it’s not as if a lot of these male writers are only just becoming available now.  It seems to’ve been since the paperback boom of the 1980s that a lot of GAD authors have gradually disappeared from bookshops, leaving those five fine women to carry the tradition on.  Prior to this, Penguin, Berkeley, Bantam, Dell, Walker, Collier, and other publishing companies kept shelves stocked with beautifully-designed, well-produced classic GAD paperbacks from all sides and styles.  The gradual fading of these from public awareness can of course be attributed to a loss of vogue for the detective novel, but then why didn’t Allingham equally disappear along with Henry Wade and Philip Macdonald?  Why did Christie remain in print and Carr stalk away into obscurity?  C’mon, don’t tell me you’re not a little bit curious…

Now you mention it…

Obviously rights play a part, but at the same time the crowning of Queens of Crime is a commonly-understood thing, whereas my Kings of Crime selections from a little while back would have people scratching their heads at the terminology.  Again, let me be clear: I’m not being a broflake, it just seems so marked that you (well, I) sort of wonder if there was some design behind it all: is the perceived genteel air of the Golden Age only to be preserved if books by women are made easily available?  Pick up Christie’s Murder in Mesopotamia (1936) or, hell, the far more famous and likely And Then There Were None (1939) and that illusion would be shattered pretty quickly.  Did these female authors stick more rigidly to the genre lines?  Allingham sure as hell didn’t, and Sayers gave us some elaborately complex psychology and research-first plotting that really challenges what’s permissible in the form.  Tey wasn’t even a GAD specialist — her particular idiom doesn’t fit in this school at all to my eye, about which possibly more at a later date — and the appeal of Mitchell confounds me like little else.

So, what says you?  Has there been a deliberate attempt to present GAD as the preserve of a handful — and, by implication, majority — of female authors, and why?  Or is it just coincidence?  I don’t mind in the least, and the likes of Ramble House and The Langtail Press have in recent years jumped on the rights of neglected and forgotten authors from this era…but how did they come to be so forgotten?  I feel I could make some of these points better but it’s late, I’m tired, and you doubtless have something to say.  So let’s get into it…

As any thirst for controversy will doubtless remain unquenched following the above, those hoping for more fertile ground are invited to check out the time I legitimately defended sexism, racism, xenophobia, and other attitudes in GAD reprints.  Have fun!

55 thoughts on “#286: A Conscious Regiment of Women? – The Queens of Crime™, Representation, and the Golden Age” 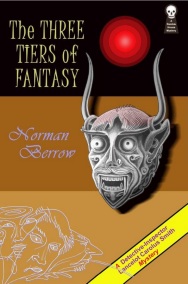 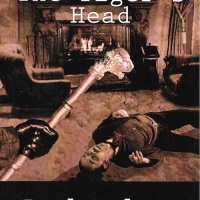